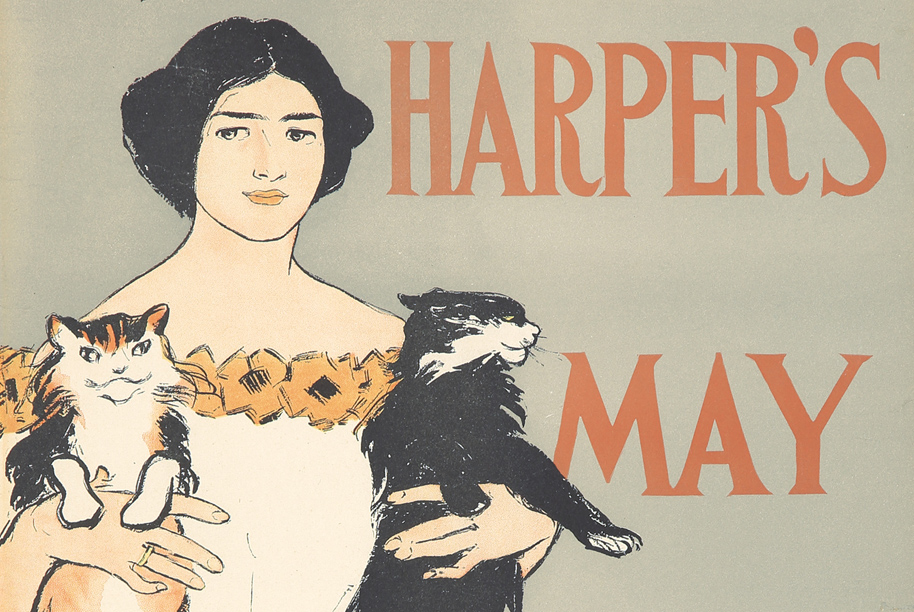 Our Creative Director, Jim McCobb, has worked here for a while—and he’s developed a nuanced and unique eye for posters. Ahead of our 80th Rare Posters Auction, Jim selected his favorite posters under $1,500 and shared his perspective on what makes them special.

This is a great example of Italian design from the 1930s. The poster projects an ascendent and modern Africa. I love the knockout “Tripoli” overlaying the elongated and fading brown neck and abutting the bright orange triangle. Learn more>>>

I can’t really say it any better than Jessica, our editorial director: “With a coy sideline glance, this chic modern woman beckons your attention—lest she be whisked away on a Jazz Age magic carpet.” I’ve photographed over 25 of our auction catalogues at 500-750 images per auction. I’ve seen a tremendous amount of great work, but at every auction there are a couple pieces that really surprise me—and this is one of them. I had never seen it before and I was really intrigued by the girl on the carpet. She just seems so cool. The typography and fashion design is breathtaking. Learn more>>>

I love shooting posters with detailed lithography like this: the subject comes alive through the lens. This poster is as straightforward as it gets. The artist saw no need for vignettes of tricks or acrobatics; he uses only the tiger’s snarl to convey an element of danger that will surely attract the crowds. Learn more>>>

A super cute girl wearing a sailor’s uniform: I love it. This is one of the funnest advertisements calling men to arms. Playing on gender norms, cutting edge fashion, and a little man-shaming can go a long way in reaching those recruitment numbers. Christy knew how to give his female subjects an extra twinkle of personality to create an image the viewer can fall in love with. Only Mucha did it better. Learn more>>>

This poster popped up all over social media during the horrific fire that almost toppled the Notre Dame cathedral. I fell in love with its charming geometric skyline and vibrant color palette. Learn more>>>

Man, Quicksilver Messenger Service can’t catch a break—or maybe they did by sharing the bill with so many great acts and being immortalized in so many iconic posters. I got into the hippie scene after getting bored of punk rock back in the early 1990s in high school. I fell in love with the Jefferson Airplane, Hendrix, Janis, The Byrds, The Doors, Love, and CSN, and I always read about Quick Silver Messenger Service, but even to this day I don’t think I’ve ever heard a single song of theirs. How is this possible? Why are these guys more poster legends than rock legends? I guess you had to be there, tuned in to the right frequency. Perhaps a future generation will tap into it and lift Quicksilver into the cult status that their contemporaries enjoy. Until then they will have to be satisfied being San Francisco rock poster royalty. This is the trippiest poster we have in our collection. The typography takes me to a different astral plane. Learn more>>>

This is the perfect poster for a dandy. I love the subtle color palette, the almost organic typography, and the beautiful clothes. The Danish have a such a great eye for fashion and design and they eat really well. If I were to go on a sightseeing tour in Copenhagen, I’d be more likely to be on the look out for beautiful young Danes than the ornate church spires that dot the city. Learn more>>>

I imagine in the early 1950s it annoyed most people over a certain age to see a young hipster couple riding around on a scooter blasting music from a portable radio. The stylized couple and scooter are in stark contrast to the detail Fix-Masseau provides of the multi band radio. I sent my dad a picture of a radio similar to the one featured in the poster. He is really into radios, and this is what he said:

“I had one of the first radios that you could bring to the beach—it was fairly small and of course ran off of batteries. It was for AM and FM only.

The one you are showing has more bands on it including Short Wave, which in the US ran from 1.8 mega cycles (MC’s) to about 32 MC’s. Short Wave Listening (SWL’ing) was very popular in that era because the ex-soldiers of the 2nd World War wanted to hear what was going on in the countries that they fought in. Just about every country in the world had a short wave radio station and transmitted music, news propaganda, and specialty shows for listeners all over the world. Many short wave listeners (including me) became ham radio operators. It’s nowhere near as popular today and many countries dropped the short wave stations because of the internet. One of the biggest SW stations was, and is today, the Voice of America (VOA); another is the BBC.

It looks like the radio in the poster has various bands designated by names of cities or letters which was very common back then. Also, they used to break the short wave bands down into segments or sub-bands designating each with a letter. The Phillips radio looks like it has AM, maybe FM, and possibly other bands as well. Phillips was a big maker of radios at that time—they also made some really beautiful looking grand short wave radios with beautiful wooden cabinets, like furniture.” Learn more>>>

This auction features a series of original Gesmar and Zig illustrations of Mistinguett, each one cooler than the next. This one immediately caught my attention. Her ultra-hip blonde pixie cut, bedazzled dress, and sick jewelry does nothing to distract from her beautifully painted ultramarine eye gazing off into a day dream. What’s she smoking? Only Gesmar and Mistinguett know.  Learn more>>>

It only took one dog bite to turn me off an entire species, but posters like this can start the process of healing a heart turned cold to canines. By putting all of the foreground action in the shadows, Grün creates a stunning depth of field highlighted by the silhouette of the trainer holding back a rambunctious shepherd. Learn more>>>

I’ve always had a soft spot for ski posters. Growing up in New England and skiing the White Mountains as a kid, ski posters were an introduction to the world of vintage posters. Maurer sticks to the basics, emphasizing downhill motion while accentuating the details of the old school bindings and goggles. This is the kind of poster I want to see as I walk into a chalet after a long drive north. Learn more>>>

As long as this poster is consigned to PAI auctions, I will include it in lists like this. I am a cat person and unlike most gentlemen, I prefer brunettes. I own two cats and have tried to pick them both up at the same time. It doesn’t work—ever. I end up with scratches on my arms, pulls on my sweater, and two very pissed off cats. My guess is Penfield illustrated this charming moment strictly from his imagination. Learn more>>>

This is just the beginning…
You’re invited to bid on these items
(and many more!) at auction
Sunday, February 23, 11am EST
Order the full PAI-LXXX: Rare Posters catalogue now
for full details on all 520 lots
ORDER CATALOGUE
Special Offer!
Order The Next 4 Auction Catalogues And Get 1 Free!
$120 ($180 outside U.S.)
ORDER NEXT 4 CATALOGUES
Register to bid online or by phone or absentee

The Beauty and the Sorrow: Being Jane Avril