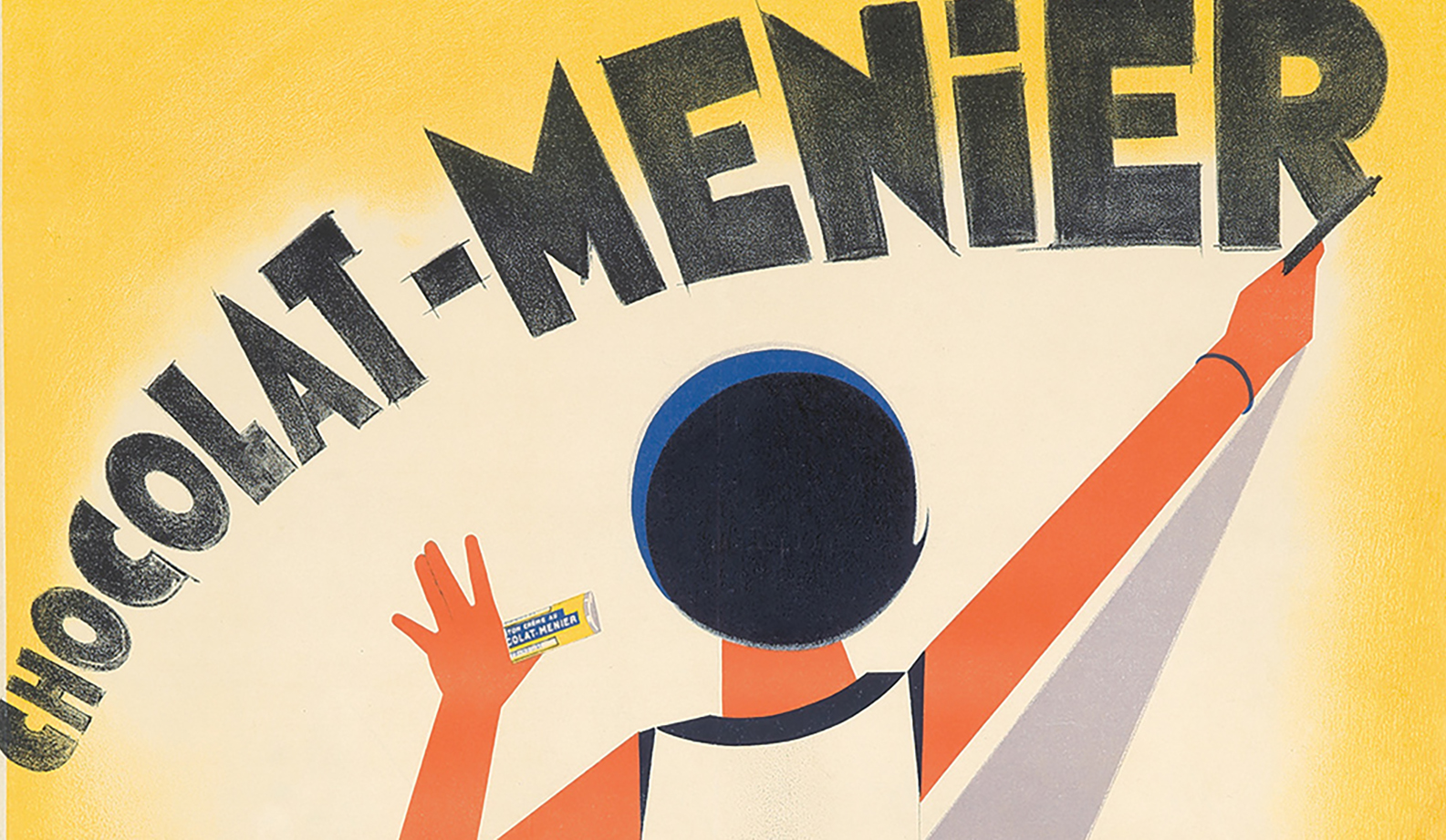 Throughout the history of the poster, images and motifs have been constantly re-iterated, either by the same designer, or by a separate posterist who re-interprets the original. Naturally, blockbuster films and mainstream consumer goods are beholden to this process—repetition cements the brand, after all. Here, we’ve selected posters from our upcoming auction that embrace the cyclical nature of creative borrowing. As Jean-Luc Godard said, “It’s not where you take things from—it’s where you take them to.”

This may be the only known copy of this fantastic French promotion for “King Kong.” Like most other designs for the film, we’re presented with a formidable ape who stomps through Manhattan with the object of his affection clenched in his fist. But here, Kong is a bit more benign than we usually see him: he gazes upon Ann Darrow almost lovingly, and there is no actual sign of destruction—and certainly, no terrifying brute who can crush an airplane in mid-flight with his free hand. Although unsigned, it is most probably the work of Marcel Bloch, who designed all the posters for Pathé film reissues in the 1930s and 1940s. Rare!!

When it was founded in 1816, the Menier Company sold and manufactured a variety of pharmaceutical products, chocolate being one of them. It wasn’t until 1830 that their chocolate went beyond coating bitter pills and perking up powders, and was sold as an individual bar, wrapped in the same sunshine yellow of this poster’s background. Their chocolate bar became so popular that by the middle of the century focus had shifted entirely to its production. As the company expanded, they commissioned Bouisset to design this, and many subsequent posters—it became one of the most instantly-recognizable advertisements, taking on a variety of forms over the years, yet always utilizing a little girl scrawling the company name with a piece of chocolate on a wall. This is a rare version with Arabic text and a letter adhered to the wall at left.

Here, the Chocolat-Menier girl is given an updated look with Art Deco attributes. What always remains the same is her schoolgirl uniform, her slightly off-kilter stance, and, of course, a bar of Chocolat Menier in her hand. Though this design is very similar to W. Pera’s (see PAI-LIII, 407), this variation is unsigned.

Hernandez was clearly inspired by the famous Alberto Korda photograph that has been called “a symbol of the twentieth century” and “the world’s most famous photo.” The portrait of Che Guevara (1928-1967) known as “Guerrillero Heroico,” or “Heroic Guerrilla,” was captured on March 5, 1960, at a memorial service for victims of the La Coubre explosion in Havana, Cuba. Guevara was an Argentine Marxist revolutionary, politician, author, physician, military theorist, and guerrilla leader. After his death, his portrait became a ubiquitous countercultural symbol worldwide—he was perceived by many to be a martyr, and leftist followers adopted his ideology and desire to create a consciousness driven by moral rather than material incentives. In Hernandez’s treatment, the iconic portrait is rendered almost as a silhouette—the image so recognizable that details are no longer necessary—and bright stars consume the scene. It’s a powerful image rife with energy, and a testament to the lasting impact of Korda’s portrait.

The original photograph and related posters:

Dransy created the original incarnation of Nectar, the wine delivery man for the Nicolas firm, in 1922 (see PAI-XLVII, 233). When Loupot was asked to continue the tradition of this iconic, well-established advertising image in 1927, he opted for a more modern Art Deco twist. He first gave Nectar a formal attire (see Loupot/Zagrodzki, #70), but in this version, he goes back to the more proletariat vision of the delivery man—all the while paying homage to Nectar’s original creator (“d’après Dransy”). This is the only known copy of the complete poster with letters.

The original design and later works:

This is Mucha’s single most famous work, though it seems impossible that such flamboyant effort would be devoted to selling cigarette papers. But the exotic tendrils of her hair conjure up the fractal whorls of smoke from an idle cigarette. The image is breathtaking; the beauty intoxicating. Photographs are seldom able to capture the metallic gold paint used for the hair, which gleams and radiates in the light, delivering an experience not unlike a religious icon. This work went on to inspire many variations by other artists for the brand.

This is just the beginning…
You’re invited to bid on these items
(and hundreds more!) at auction
Sunday, June 23 at 11am EDT

Order the full PAI-LXXVIII: Rare Posters catalogue now
for full details on all 490 lots
ORDER CATALOGUE
For orders to be shipped outside the US please click here.
Register to bid online, by phone or absentee.