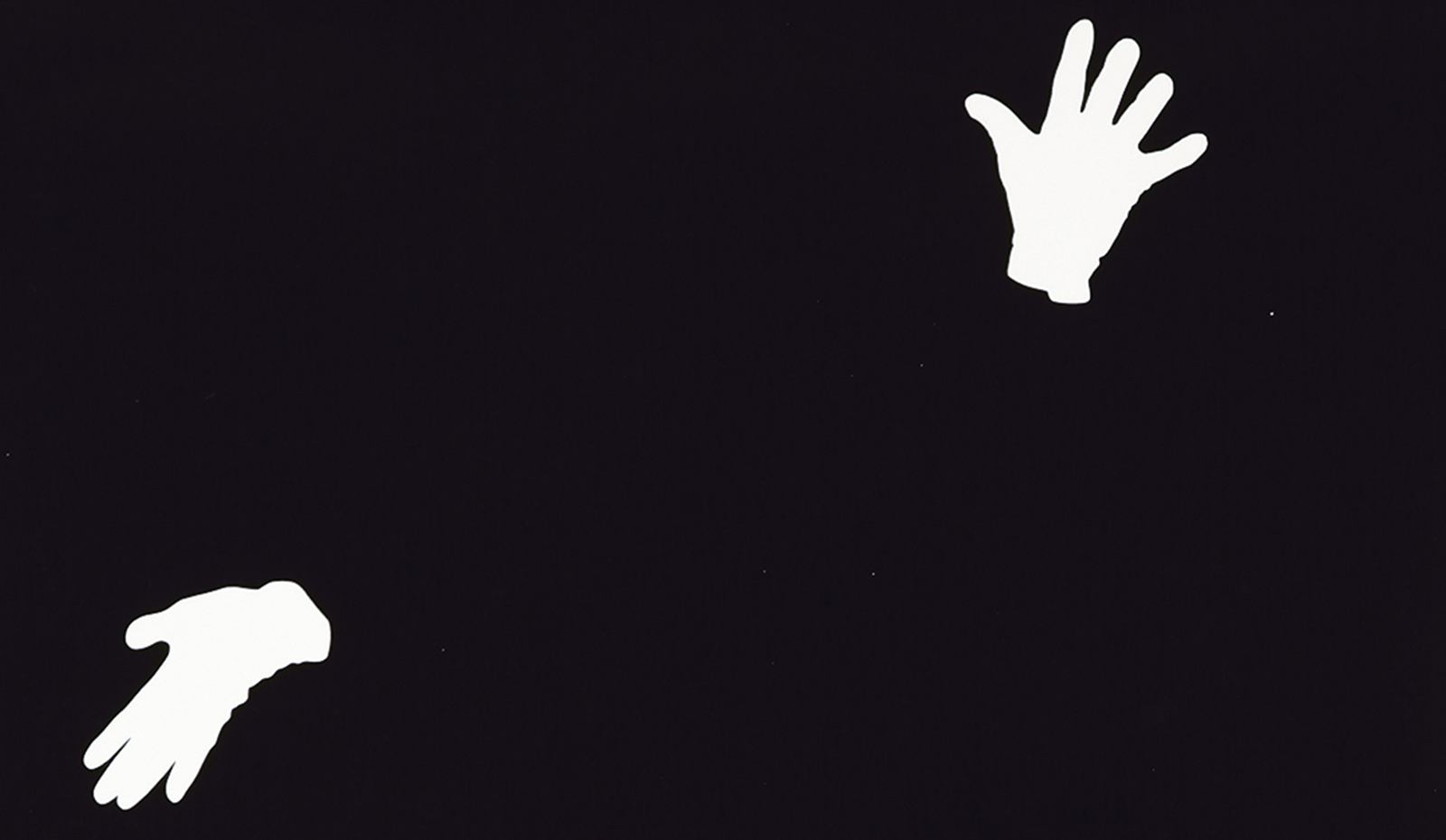 Ivan Chermayeff (1932-2017) was a legend of graphic design. He mastered the ability to create logos, illustrations, and branding devices that were immediately clear and communicable—though not without a dose of his refreshing whimsy. As co-founder of the New York design firm Chermayeff & Geismar in 1957, he helped build the American commercial landscape as we know it. The firm’s celebrated trademarks include: Chase Bank, Mobil Oil, NBC, National Geographic, the Environmental Protection Agency, PBS, and hundreds more. Chermayeff’s commercial work was often influenced by his own creative work—he constantly drew, made collages from found objects, and accepted any creative work offered to him, including that of designing posters. His posters are great examples of his unorthodox creative vision, his playfulness, and his ability to present information in a manner that is both captivating and concise.

The 1915 Ford Madox Ford novel on which this dramatization was based has nothing to do with war except, perhaps, on a domestic level. The tale is narrated by a highly conventional, deeply oblivious husband who discovers that for the past nine years, his wife has been the mistress of his best friend, Captain Ashburnham, the apparently honorable “good soldier” of the title. It starred “Masterpiece Theater favorites” Jeremy Brett and Brett Ellis, the swashbuckling hero of Poldark. Against blocks of color, Chermayeff juxtaposes the dropped-out whiteness of the narrator’s summer suit. The few details—book, high collar and buttoned vest—suggest his dispassionate nature.

Instead of exploring the period aspects of this literary classic, Chermayeff’s design takes an utterly modern tack, playing up the romance angle. The thigh-high image of a lady’s white stocking superimposed on the photo of a riding boot against a scarlet background manages to suggest a delicious situation in a decorous manner that would surely bring a smile to Jane Austen’s face. This multi-part performance was part of the Drawing Room Intrigue series and originally aired on October 26, 1980.

This is the ORIGINAL FIRST PRINTING of this poster by the artistic duo Chermayeff and Geismar. Printed in 1977, it was created to advertise the made-for-TV mini-series of Minstrel Man, the story of two black men working in show biz during the early 20th century.

Masterpiece Theater began its tenth anniversary season (see small logo at right) with a serialized dramatization of Crime and Punishment. Chermayeff communicates the anguish of Dostoevsky’s masterwork with the image of a blood-spattered prison cell wall glimpsed through a small barred window with the title scrawled in chalk above. Playing the tortured Raskolnikov was John Hurt, who had appeared as an unforgettably decadent Caligula in the I, Claudius series three years earlier.

Printed in 1979, this poster advertises the New York Art Expo held at the NY Coliseum from March 8 through 12 of that year. Chermayeff embraces the aesthetic of art school brainstorming, and imbues each letter and number with spry genre-based plans.

Top Posters with Reserves Under $1K