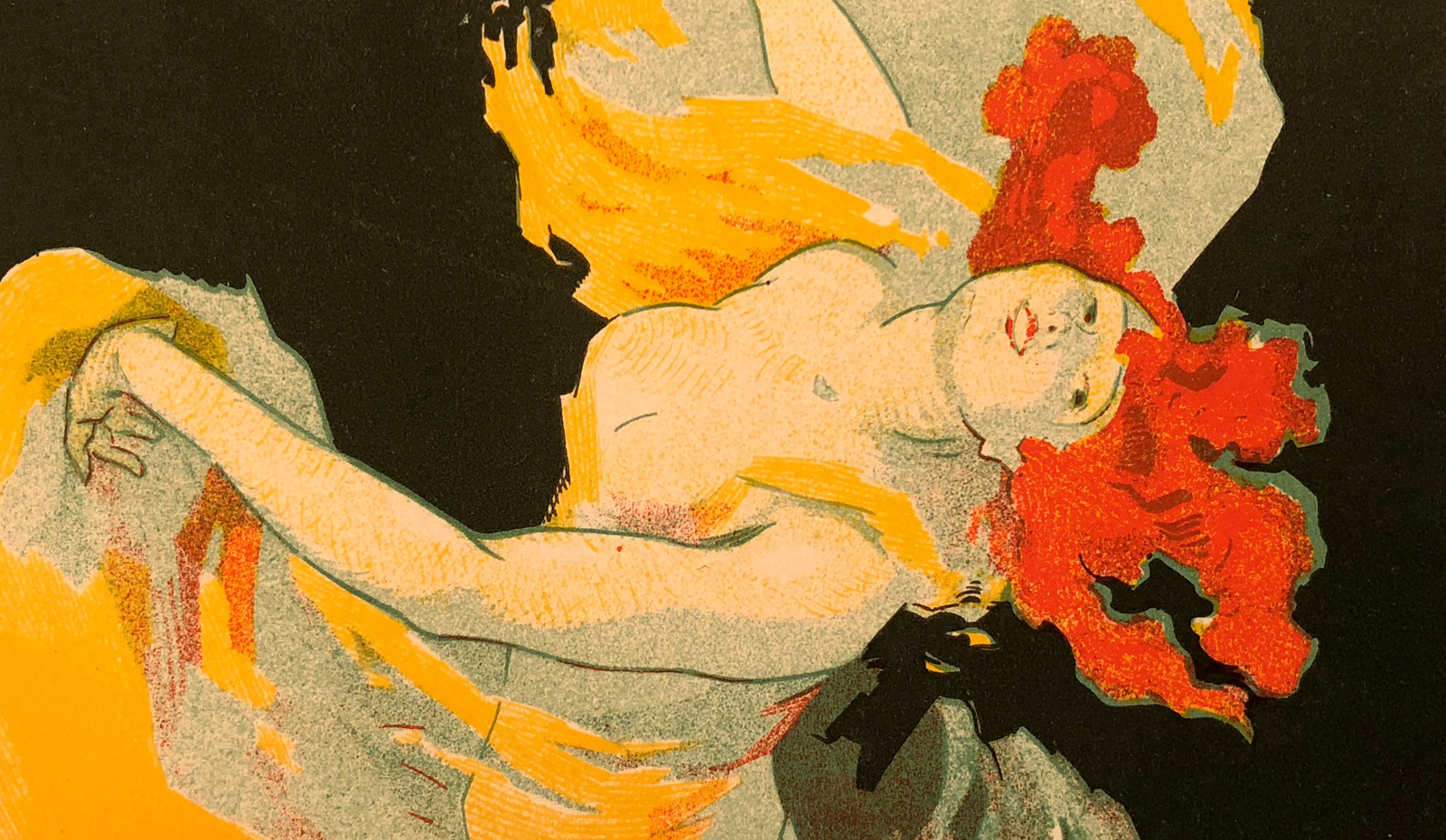 Two American women in Paris. Thirty years distant from one another. They each defined radical revolutionary forms of entertainment in the Parisian cabaret, and became the most famous Americans in the Europe of their day. The art they inspired had to rise to the standard they set.

Loïe Fuller: called the “Goddess of Light,” and “Electric Salomé,” Fuller arrived in Paris in 1892 to perform a stunning new visual experience, blending modern dance and costume design with novel lighting effects – that she invented and eventually patented! – to transform dance into optical illusion and multisensory experience.

Jules Chéret’s 1893 poster is the definitive image from Loïe’s early period in Paris. It was printed with four color variations; this is the rarest and most spectacular of them.

Josephine Baker grew up amid the racial violence of St. Louis in the 1900s, ran away at the age of 13 to New York, and then to Paris, and became one of the world’s all-time legends of entertainment. At the Folies-Bérgere, she found a freedom of performance and a desire for her brand of exoticism that was unlike anything the racist and segregated United States could provide.

It was there, as well, she met the poster artist Paul Colin, whose illustrations of her drew all of Paris’ attention her way. As cultural critic George Lipsitz remarked, “No one could have predicted that this skinny, buck-toothed, impoverished black child would one day become an international sex symbol receiving over 40,000 love letters and some 2,000 marriage proposals before her 21st birthday.”

Paul Colin made the black jazz scene of Paris both his passion, and his early career. These original illustrations of Josephine Baker in performance all capture the excitement, freneticism and wild abandon of those Champagne-fueled nights.

When We Were Modern