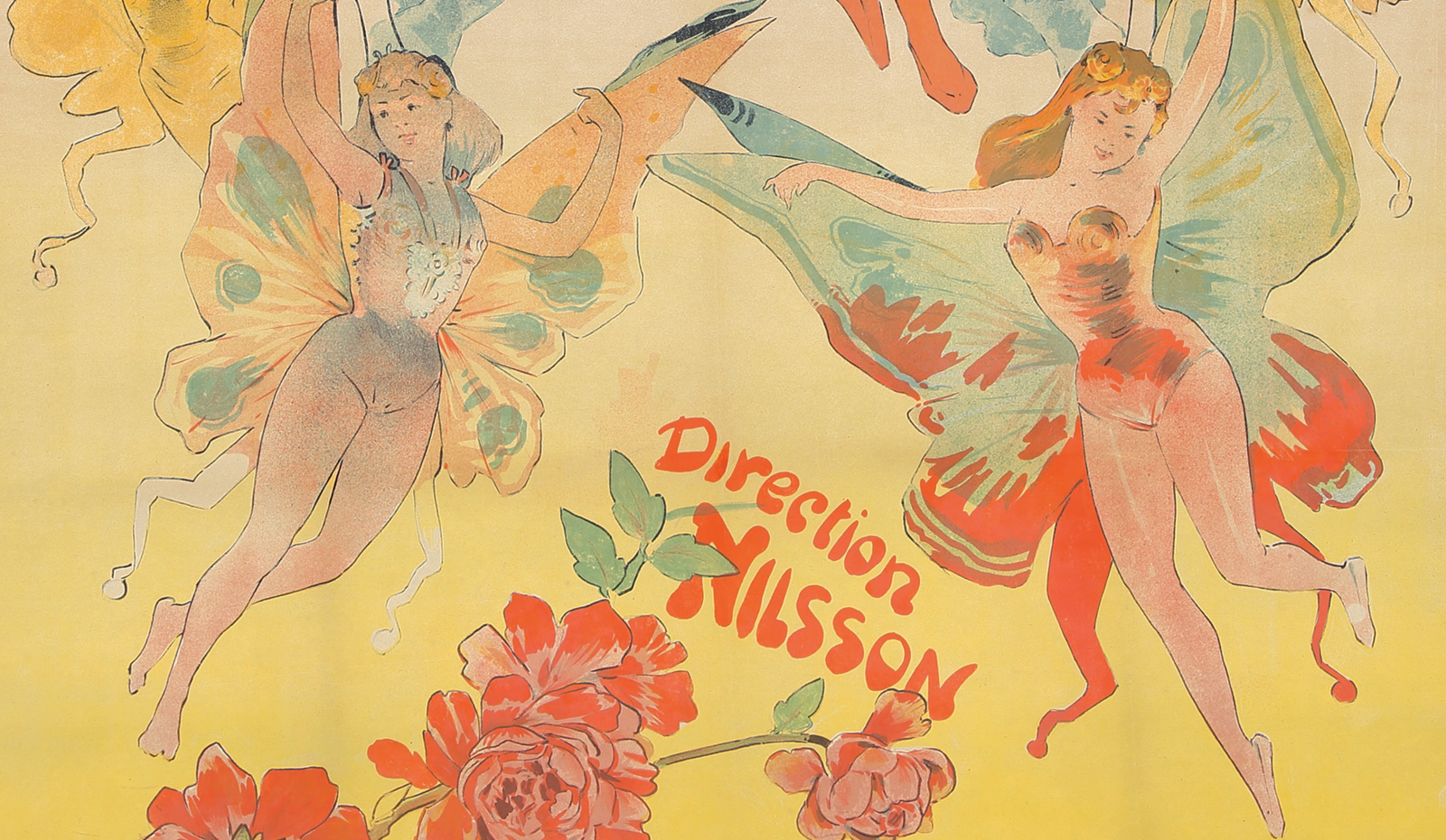 Great troupes of butterfly-girls gathered quickly on the Parisian stages, after Löie Fuller made her mark in the mid-1890s. This poster, though, is like none of the others.

This poster is for the circus act “Aerial Ballet,” created by two Swedish circus performers and dancers – who, much later, would welcome a grandson into their life named Harry. Harry Nilsson became one of the great pop singer-songwriters of the 1960s and 1970s. His first hit album, “Aerial Ballet,” was named for his grandparents’ long-ago circus act – and featured “Everybody’s Talkin’,” the beautiful, maudlin, country-inflected track made famous by the legendary film “Midnight Cowboy.”

Today, Bertil Nilsson, a Swedish choreographer, director, and photographer in London, extends this family history of pushing boundaries in acrobatics, poetic movement and visual perspectives with ongoing work in London.