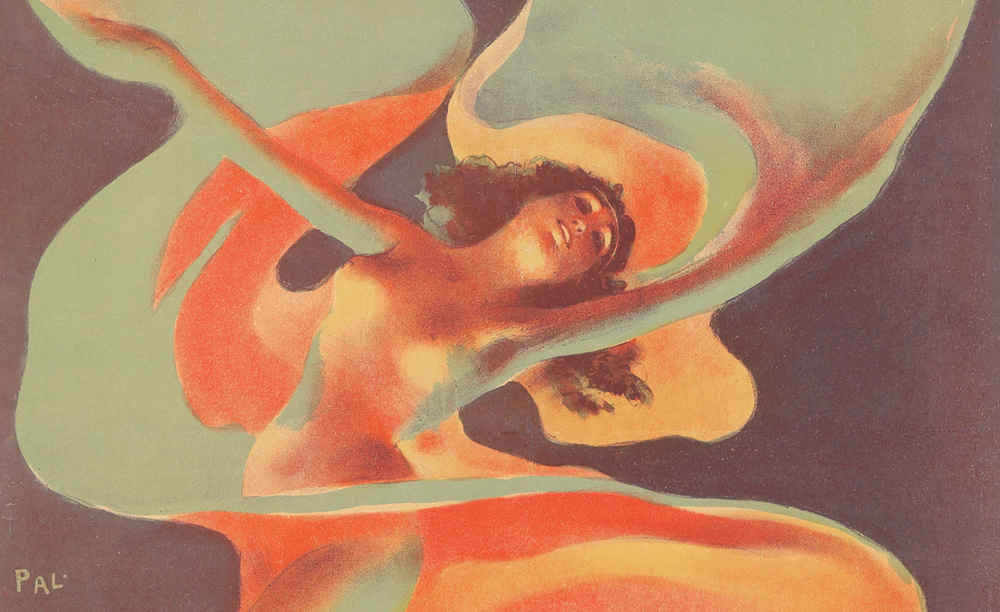 In New York City, as part of Lincoln Center’s “Rendez-vous with French Cinema,” a splendid biopic of the revolutionary dancer Loïe Fuller will be screened this week. Here’s how the Lincoln Center Film Society describes it:

You may have seen recovered film clips from one of her 1896 performances:

Here is a gorgeous modern rendering by Jodie Sperling, to whom we owe the knowledge of “La Danseuse” at Lincoln Center:

And here is one of the most famous posters advertising Loïe Fuller’s Serpentine Dance, this time from 1893. It’s Lot 296 in our March 12, 2017 auction.

If you’re in St. Louis, you can see this museum piece at the Mildred Lane Kemper Museum’s exhibition, “Spectacle and Leisure in Paris: Degas to Mucha,” now on through May 21 at the University of Washington, St. Louis:

Other Poster Exhibitions On Now:

L’Affichomania: The Passion for French Posters

Jack Rennert, President of Rennert’s Gallery / Poster Auctions International, personally helped acquire many of the 45 posters in this exhibition.

An extraordinary collection of iconic and rare prints and posters from nearly the entire period of Henri de Toulouse-Lautrec’s lithographic career.

Coats of Many Colors