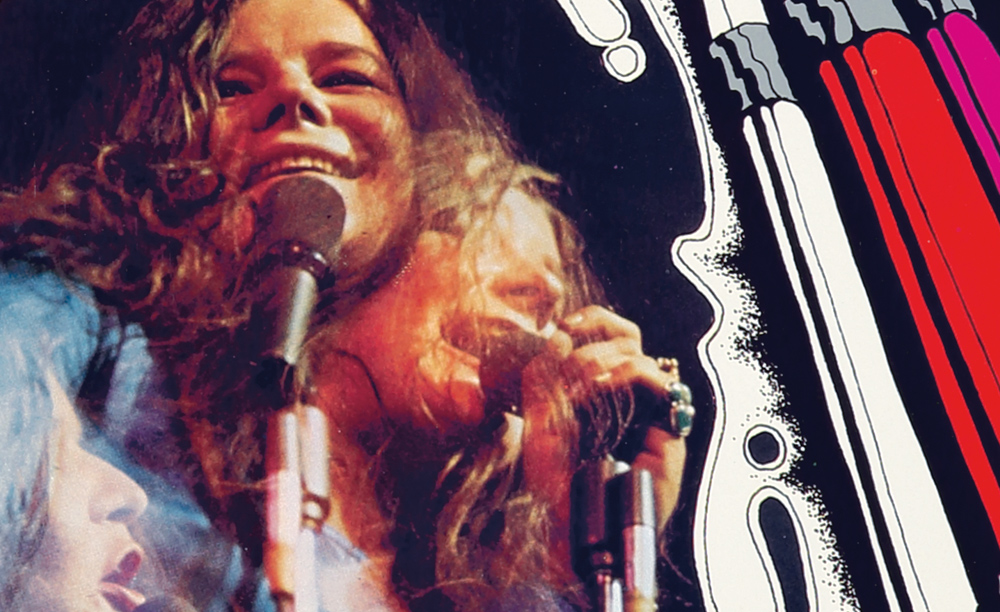 “It seems entirely reasonable to think that every now and then the energy of a whole generation comes to a head in a long fine flash, for reasons that nobody really understands at the time…

…the kind of peak that never comes again. San Francisco in the middle sixties was a very special time and place to be a part of… no explanation, no mix of words or music or memories can touch that sense of knowing that you were there and alive in that corner of time and the world.”

“Go on, drink the “Cool” Ade. It’s a “great appetizer” for The Grateful Dead, supported by Jr. Walker & The All Stars at the Filmore West. It’ll set you right when you’re chilling out to that bootleg of “Cosmic Charlie.”

That bootleg of “Cosmic Charlie” is here, along with the rest of the Grateful Dead’s June 5, 1969 show at the Fillmore.

Psychedelia has Art Nouveau in its ancestral blood. Here, Bonnie Maclean appropriates the Cognac Jacquet peacock as a symbol for The Yardbirds. They played three days of this summer bill; The Doors played the weekend; and James Cotton and Richie Havens had all six.

Here’s a really rare clip from that show, of The Doors breaking on through. Also enjoy The Yardbirds – apologies for the audio quality – with Jimmy Page on solo guitar in this recording.

Wes Wilson’s beautiful, beatific nude offering benediction to psychedelia is the very definition of April 1967 in San Francisco. The Chambers Brothers soul sound meets up with the Quicksilver Messenger Service for a transcendental three-night stand.

Here’s a 1967 recording of the Chambers Brothers covering “What the World Needs Now is Love” for your most apropos listening pleasure.

Blashfield’s Blakean forms are perhaps the most perfect transfiguration of The Doors into concert-poster space. Jim Morrison stole the name for The Doors from Aldous Huxley’s “Doors of Perception,” but Huxley stole the phrase from the Romantic poet William Blake. The psychedelic cave tunnels inward in the lower right-hand corner. At this late-November stand in 1967, the Lizard King’s set list included “People Are Strange,” “When The Music’s Over,” and “The Unknown Soldier.” Procol Harum is depicted as the cool ghostly figure in rose-colored shades, drifting above the curled crimson Los-like figure, to sing their hit “A Whiter Shade of Pale”: “We tripped a light fandango…”

Jefferson Airplane and the Grateful Dead, the two families on either side of the psychedelic trip, come together under one (electric, Victorian) roof in one of the finishing flourishes of “The Summer of Love.” The show at the Hollywood Bowl, deemed a “happening” more than a concert, was marred by weak vocal sound levels for the Dead; Grace Slick appeared on stage for “Somebody to Love” surrounded by metaphysical props: “an hourglass, a world glove, a wooden Indian, a weathervane capped by a gold eagle, a wooden rocking horse, a wooden seal, a wooden cat with a monkey’s face and a purple altar” (Pete Johnson, LA Times, 18 September 1967). Photo credit: Herb Greene, which may be a pseudonym.

Listen – as much as you can, poor audio quality – to the full show here, which picks up right in the middle of “Somebody to Love.” A better bet is this incredibly rare, sonically excellent recording of a Jefferson Airplane rehearsal from 1967.

Listen to the full concert here!

Oh yeah, time to get Kozmic. This poster marks Janis Joplin’s triumphant return to San Francisco, no longer held by Big Brother and the Holding Company, now alongside the incredible keyboardist Stephen Ryder and groovy saxophonist Cornelius “Snooky” Flowers. This brilliant poster has a photo montage of Janis – check it out, her shoulder is another image of her singing – inside a neon Music Master jukebox, with face-melting acid headline text overhead. The whole thing sits within a drawn Art Deco frame. Bill Graham hated this poster because he “couldn’t $@%! read it”! Well, you can try just a little bit harder, and “Raise Your Hand” when this item comes on the block.

See all posters on auction October 22!

State of the Art: Vintage Technology Posters Bring You Back to the Future!